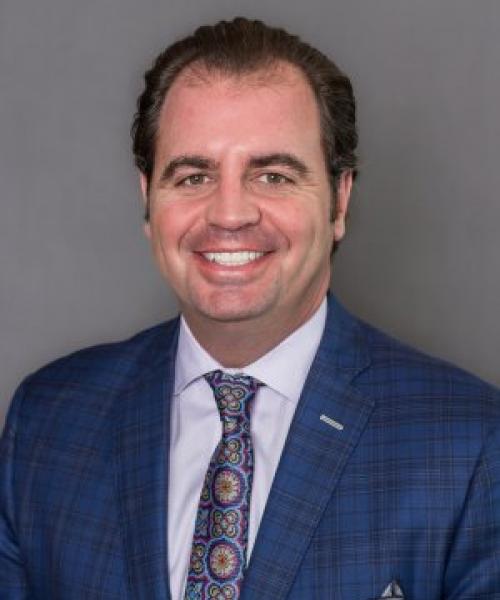 At Renaissance Financial, you have the advantage of working with a team of financial professionals. That close-knit family atmosphere helps our team become more responsive, which helps serve the best interest of our clients. This culture is what drew Robb to the team and is also what helped him achieve success in the industry. Robb not only serves as a financial advisor, but he is also a Shareholder of Renaissance Financial and a member of the Investment Committee. He is known for working with affluent individuals, families and businesses in maneuvering through their needs to help ensure efficiency, diversity and balance in their financial strategies.

Over the years, Robb has been presented with a multitude of awards due to his leadership and commitment to the firm and his clients. Within Securian Financial Services, Inc., in 2012, he was esteemed as the Gold Financial Professional of the Year* and from 2012 through 2021, he was named a member of the Chairman's Club*. Within Renaissance, he received a vote from his peers in 2013 and was the recipient of the Renaissance Financial Tom Hercules Award, awarded annually which is presented to the team member that displays integrity, generosity, leadership, and commitment personally and professionally over the course of their career at the firm. In 2012, 2016, and 2018 Robb was named Renaissance Financial Producer of the Year* for the firm and repeatedly qualifies as a Renaissance Platinum Advisor*, most recently in 2021.

Robb, and his wife, Stephanie, are active members of the community. Robb previously served as the Midwestern Swimming Board of Directors as Finance Chair in 2009 and 2010. He has served as a Committee Chair for the 2008 US Olympic Swimming Trials, and the Texas A&M Men’s Swimming and Diving Endowment. In 2015, Robb was elected to sit on the Board of Directors for the Omaha Sports Commission and in 2016, he was elected to the Board of Directors for the Omaha Chapter of the Juvenile Diabetes Research Foundation. In 2020 Robb was elected to sit on the Omaha Children’s Hospital Foundation Board and Hospital Foundation Investment Committee, in addition to the Omaha Country Club Board of Directors. He is an alumnus of Texas A&M University where he received his Bachelor of Arts in speech communication and is an 8-time NCAA All-American Swimmer. He has also attained his Life, Accident, and Health Insurance Agent license, as well as his FINRA Series 7, 63 and 65 registrations. Robb, who grew up in Omaha, currently lives in Bennington with Stephanie, and their three children, Ross, Isabella and Sofia.

* Awards and club membership are granted annually based primarily on commissions, premiums, or fees generated from investment and insurance products of the previous year, and other criteria relative to leadership, achievement, and recruiting. Working with this individual or firm is not a guarantee of future financial results. Investors should conduct their own evaluation.

Karin has worked with Robb since 2009. Before joining Renaissance Financial, she obtained a Bachelor of Arts degree in psychology from Minnesota State University Moorhead. Since joining the team, Karin has attained her Life, Accident, and Health Insurance Agent license, as well as her FINRA Series 6 and 63 registrations, adding to the service that clients are provided with. Not only is Karin a true joy to work with, but she is admired for her generosity outside of the office as well. She is involved with and volunteers for the Omaha Visitors Bureau and even though she grew up in South Dakota, she is proud to now call Omaha home.